Do you know where to find the best Seattle pizza? There are so many pizza restaurants in Seattle that it’s difficult to decide, but we’ve tried them all and we rated each of the top contenders to show you where to find all the best pizza Seattle has to offer.

In this post, we cover the all-important criteria of crust, sauce, cheese, toppings, oven and overall impression, to be sure we accurately rate each pizza. We take into consideration things like the fanciness of the cheese, the freshness of the tomatoes used in the sauce and whether the oven reaches a high enough temperature.

»  Also check out our ratings for the best Seattle burgers and the best taco trucks in Seattle.

Based on media reviews and consensus of the people of Seattle, we have included six pizza restaurants in our list.

Delancey kept coming up as everyone’s front runner when we told our friends what we were doing. Nick & I hadn’t been to Delancey before, so we weren’t sure what to expect except that it was probably going to be super delicious.

We arrived right at 4:30pm, opening time for Delancey, because we were warned of the long wait that builds up the moment the doors are open. I’m glad we did because, while we were the first ones in the door, there were enough people behind us to fill up the entire, albeit small, dining room.

We received incredibly fast service since we were the first ones in. Our overall impression of the restaurant was very favorable. We liked the wine racks in the back and they were playing good music.

We all loved the crust. It was crisp and chewy, had good blistering and bubbling along the edges without too much char. There was a good amount of cheese spread out evenly. The sauce tasted very fresh, there were crispy pieces of basil scattered around, and a good amount of high-quality olive oil on top.

The pizza was good in theory, but we all agreed that the cheese had no flavor and the whole thing just needed a little more seasoning or salt. Overall, we liked it but it just needed a boost of flavor.

The walls are brick and the tables are heavy wood. There is a row of pizzas by-the-slice just behind the counter and the crust is being tossed and twirled in the air above.

It’s just what you want a pizza place to feel like. Plus it smelled amazing in there. If you’re looking for a good place to take the family to enjoy your time at the restaurant as much as the pizza, you can’t go wrong at Ballard Pizza Company.

The Margherita-style pizza isn’t Ballard Pizza Company’s strong suit. When the pizza was set on the table and we saw how dismal it looked in comparison to the other, more-robustly topped pizzas around us, we were a bit disappointed. I don’t recommend ordering this style of pizza here.

Go for the Pepperoni, or other toppings. The crust was extremely crispy and didn’t waiver under the toppings, but it tasted a little off and didn’t have a pleasing texture. There was very little cheese and the sauce was spread only around the outside ring, so it was a pretty dry pizza.

There was fresh basil spread over the top though, so that was nice. We think it was overcooked. They told us they leave it in the oven for 12 minutes, which seems a little too much to me.

Veraci makes some of the best pizzas I’ve ever had. They make a really fantastic cheese and pepperoni pizza. They do have an incredibly hot wood-burning oven that delivers a really awesome crust! The atmosphere is less charming at Veraci Pizza.

While people do eat in here, they do a very strong carry out business. So don’t expect the best eat-in experience. It’s sort of bare bones.

There are posters of Italy on the wall and that’s about it. The place is always busy though, so they’re clearly doing something right. It’s just not the cleanest place around.

I always order Veraci’s pepperoni pizza. It’s too amazing to get anything else. This is definitely not the place to order a typical Margherita pizza. The pepperoni, cheese and sauce on this pizza are a thing of glory. You won’t find a better pepperoni pizza in Seattle.

The crust is perfectly cooked in their wood-fired oven. It’s just chewy and crisp enough, with some charred edges. It has some give, so you feel the need to fold the pizza when you eat. Personally, I think the cheese is the best part.

It has a great flavor. I never feel like this pizza is bland or flavorless. They also top the pizza with a seasoning that elevates it a bit more.

You might not immediately assume Flying Squirrel Pizza Co could be in the running for the best Seattle pizza, but don’t count it out. It’s actually a really good pizza.

A definite contender in this battle. The Maple Leaf location doesn’t have as good of an atmosphere as the one in Georgetown. It’s a bit rundown and ragged.

The service, though cheery, was extremely slow. It took at least 15 minutes just to clear a table for us so we could sit down, despite the restaurant not being busy. It does have a super cute logo, though!

There are a few specialty pizzas on the menu, including the popular pulled pork pizza, and vegetarian options like the potato pizza. For the most part, they keep it classic.

They do a pretty good job with the Margherita pizza. The cheese was evenly distributed and there was plenty of it. It was shredded mozzarella though, which isn’t my first choice. Also, their oven is not wood-fired.

The sauce was fresh and flavorful. There was ample fresh basil. And they included fresh sliced tomatoes, which added a nice freshness to what might have been an otherwise boring pizza. The crust was decent, but without the heat of the wood, it wasn’t blistered or smoky tasting like the others.

I admit I didn’t have high hopes for Tutta Bella. We’d been once before to a different location and weren’t particularly wowed.  The biggest thing Tutta Bella has going for it is their certification as a Neapolitan pizzeria.

They also have a DOC certified version of a Margherita on their menu, which would hopefully guarantee higher-quality ingredients.

The atmosphere was slightly marred by a girl’s soccer team gathering that was taking place nearby, but if I zenned that out of my mind, I could imagine it being a decent atmosphere for a pizza place. It fell somewhere in the middle.

We ordered the special DOC version of the Margherita and I was really expecting it to be well above the others in taste and appearance, but that wasn’t the case.  The crust was good — chewy and crispy with some blistering and a bit of char, but as you can see from the photo, the toppings all slid to the center, and the outside was left with a lot of bare crust.

The cheese wasn’t spread evenly, so there were two slices with no cheese at all. And the basil was haphazardly thrown on so it was practically useless. This was only the 2nd place to put olive oil on the pizza though, and I appreciated that.

Despite the aesthetics of the pizza, it had a really good flavor and the quality of the ingredients did stand out. They just need to work a little harder at creating a consistent pizza.

Here we are at the last location. Like Tutta Bella, Via Tribunali also has a DOC version of the Margherita, so we were expecting great things here.

When you walk in the door you’re greeted by a brick wood-fired oven with a roaring fire inside. The rest of the ambiance was fantastic as well.

They have a small bar tucked into the back of the restaurant with a gothic chandelier overhead, heavy wooden booths that divide up the tables for a little romance and the lighting is very low (almost too low to read the menus!).

When the pizza was delivered, there was a collective gasp at the table. You could tell just by looking at this pie that it was far superior to the others. Even that beautiful pie at Delancey couldn’t beat out this one for appearance.

The sauce was so evenly distributed The cheese looked creamy and soft. There were huge leaves of fresh basil spread evenly. Olive oil was drizzled generously and then there was that Grana Padano sprinkled on top that totally sealed the deal.

The crust was about as perfect as we could expect. It was slightly charred, blistered and crispy, but the center was flexible and chewy. It was perfection.

And the winner is…

The clear winner for the best pizza in Seattle is Via Tribunali. Second place goes to Veraci Pizza for their pepperoni, then to Tutta Bella. Fourth goes to Delancey. Fifth goes to Flying Squirrel. And last place goes to Ballard Pizza Company.

If you’re in Seattle and looking for great food, don’t miss our top 12 best restaurants in Seattle list. 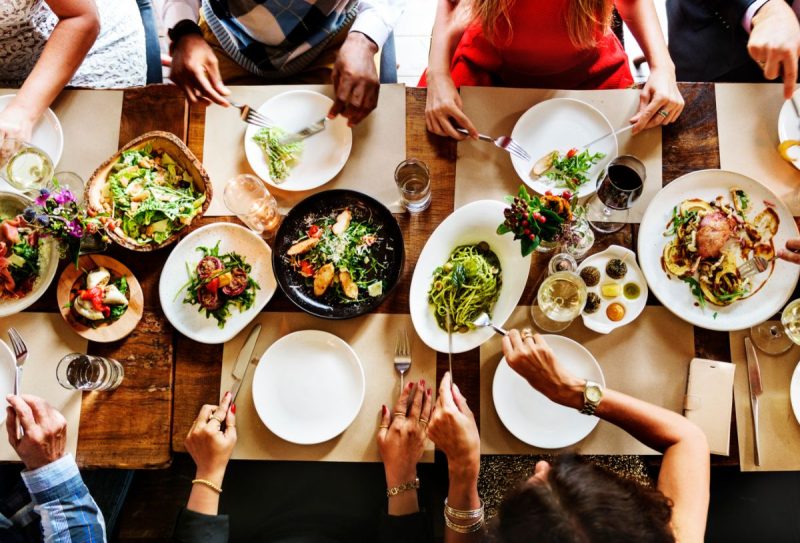 15 Seattle Breweries You Must Visit