The beaches in the British Virgin Islands are some of the best hidden gems in the Caribbean. That’s saying a lot for a region packed with lush rain forests, pristine beaches, and all-inclusive resorts.

With over 50+ isles dotting the tropical landscape, it can be overwhelming to find the perfect beach to relax on. This guide will show you where you can find the best British Virgin Island resorts and beaches.

If you’ve never visited the British Virgin Islands, you probably can’t even fathom how many islands you’ll find there. You might expect there to be an overtly British vibe there, but its all about that quirky Caribbean charm. Whether you choose to visit the mainland in Tortuga, or head out to one of the more creatively named islands, like Jost Van Dyke, it’s a laidback, relatively undeveloped island paradise.

One of the main hobbies in the British Virgin Islands is sailing, which makes for an incredible experience. But it’s not the only reason to visit the islands. The beaches, the lagoons, the boat trips, the sunsets – it’s all going to blow you away.

Must Read: 30 Beach Drinks to Order at All-Inclusive Resorts Also check out our guide to the best beaches in Jamaica for more sun and sand.

On the island of Jost Van Dyke is one of the best party beaches in the British Virgin Islands. White Bay boasts several bars and small eateries and is the birthplace of the Painkiller – a potent cocktail combining several fruit juices and dark rum. The sand has a reputation for being some of the softest in the world, due to its being produced by fish eating the coral surrounding the island.

White Bay Beach was voted one of “The Best Caribbean Beaches for 2019” by Forbes Magazine. If you’re looking to join the party, anytime during summer high season brings in boaters, as well as celebrities, looking for a bit of fun. To enjoy the unspoilt local culture at a quieter time, early spring and late fall are your best bets.

The Baths are some of the most popular tourist attractions in the British Virgin Islands, and for good reason. The huge boulders encompassing hidden beaches and rock pools make this a true geological wonder. The beaches are some of the most beautiful in the world, with turquoise waters perfect for snorkeling and scuba diving.

This, of course, results in both tourists and natives flocking to these gorgeous sands, so go early to avoid crowds. If you take a 15-minute hike through the boulders, you’ll reach the gorgeous horseshoe-shaped bay of Devil’s Bay State Park, at the southwestern tip of Virgin Gorda.

If you though The Baths was something special, you’ll flip for Devil’s Bay. It’s by far one of the most tranquil, calm beaches in the British Virgin Islands. If you go through the effort to get there, you’ll be rewarded with swimming, snorkeling and sunbathing in one of the most beautiful spots.

Apple Bay on the island of Tortola is, quite simply, a surfer’s paradise. The winter season brings with it some totally rad waves, dude! Surfers describe it as having some of the best swells in the tropics. It’s not the best swimming beach, but it definitely satisfies surfers.

This side of the island is more rustic and undeveloped, so expect to find a little slice of real life. Yes, you’ll be there with other tourists, but it will be one of the most local experiences you can have. And don’t forget the food! The Sugar Mill Restaurant is often referred to as the best in the Caribbean.

Cane Garden Bay on Tortola is known as the “Jewel of the British Virgin Islands”. This sheltered beach is set against a backdrop of green, thanks to the nearby hills covered in trees.

The clear blue water is calm for the majority of the year, making Cane Garden Bay a serene place to swim, snorkel, or just relax with a rum punch from Myett’s beach bar.

Note that it is a stop for most cruise ships, so check with the BVI Port Authority before planning your day.

Loblolly Bay beach on the island of Anegada in the British Virgin Islands is considered to be one of the most beautiful beaches in the world, and certainly is one of the most unspoiled for natural beauty. The super find sand is pristine and the views seem to go on forever.

There are plenty of things to do on Loblolly Bay beach, from relaxing in the hammocks and sun loungers, to tucking into a plate of lobster at Big Bamboo, to swimming and snorkeling in the pristine water without the crowds of the beaches on the other islands. There are miles of white sand and beautiful blue ocean.

So what are you waiting for? It’s time to set sail and drop anchor near one of these perfect slices of paradise! Which beach will you check out first?

5 Best Beaches in Jamaica to Catch Some Sun 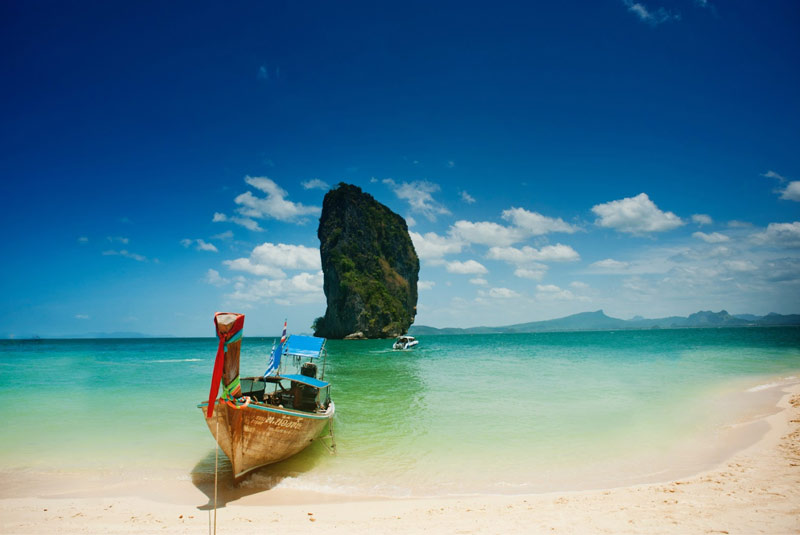 One thought on “5 Incredible Beaches in the British Virgin Islands”