On our recent journey through the south west of England, we were really looking forward to trying some local beer and food that is unique to that area. Fortunately for us, we were there at just the right time to attend The Cornish Arms Beer & Mussel Festival in St. Merryn, Cornwall. The atmosphere, live music, and selections of beer and mussels made for a perfect way to spend our Sunday afternoon.

Though we initially thought the drive to St. Merryn was a bit far – it’s about a 3-hour drive from Bristol – it turned out to be a really great idea, not only so we could enjoy the beer and mussels, but because it gave us the opportunity to explore the coastal area to the east and west, which was one of our favorite parts of the entire journey. If you’ve never been, believe us when we say it is incredibly beautiful there.

The Cornish Arms is a charming local village inn, run by Chef Rick Stein and his wife Jill. Chef Stein has a number of restaurants and even a hotel or two throughout the southwestern top of England.

The beer and mussels festival is held every year in March and draws in a largely local crowd. It features live entertainment, over 40 beers and ciders, and of course, a variety of mussels dishes. It starts Friday and continues through Sunday night, though we quickly learned that it’s better to get there early on, as many of the beers and ciders had already run out by the time we arrived on late Sunday morning.

Check out our video of the event:

Entrance to the festival and parking are free. The currency of the festival is tokens; each entree cost one meal token (£6) and the beers and ciders were available in half-pints or pints for 1 or 2 tokens, respectively (£1.80 per token). It was an easy choice for us – 2 entrees and 3 beers each, but if we’d stayed longer we definitely would have gone back for more mussels.

The Cornish Arms Beer & Mussel Festival features 40 different beers and ciders, primarily from the south west of England. All of the beers were served in true English style — from casks and at “room” temperature. Coming from the US, we are still in the process of adapting to these flatter, warmer brews, but once you get over the initial shock there are some well-made beers to be had. We opted for half-pints so we could try a larger variety and managed to try seven of the beers available.

Our two favorites were:

Of course, the main attraction to the festival is the mussels. There were four different preparations of mussels to choose from, as well as a few other options for those with allergies or aversions to shellfish. Each dish was prepared fresh and made-to-order in front of us while we waited.

We opted for the moules mariniére (mussels cooked with onion, white wine and parsley), and the mussels with beer and bacon, a dish created by Rick Stein especially for the festival. Both dishes were flavorful and came with a generous helping of mussels.

Besides mussels, the festival offered Goan chicken or vegetable curry, chips (french fries), freshly made bread, and churros for dessert. Each meal had a suggested beer pairing courtesy of Julie McFeat from St. Austell Brewery. Unfortunately for us, many of the beers that paired with the mussels had already run out, so we didn’t get to try them.

From the moment we arrived there was some form of entertainment happening around us. Each day at the festival features unique events, including live music, cookery demos, and book signings with celebrity chef Rick Stein. On Saturday morning, there were chef demos by Jack Stein and Stuart Pate, followed by Rugby all day. Sunday featured chef demos from Alex Clark and Stephane Delourme, a book signing from Rick and live entertainment from Josh Curnow and the Boscastle Buoys. There was also a Pub Quiz on Sunday afternoon.

It was really fun for us to attend the festival among so many locals, and to attend a food and beer festival outside the U.S.. Definitely worth the trip! Stay tuned to read more about our time in Cornwall.

A big thank you to VisitBritain for introducing us to The Cornish Arms Beer & Mussels Festival. See all the coverage of our trip to the south west of England.

As always, all thoughts and opinions expressed in this post are my own honest reflection on our travel experiences.

Nick Lynch travels the world in search of great experiences, food and drink. While he primarily provides photography and website support, he occasionally writes about his journeys, too.

Nov 16, 2017
Our Introduction to Beer and Mussels in Cornwall, England

11 thoughts on “Our Introduction to Beer and Mussels in Cornwall, England” 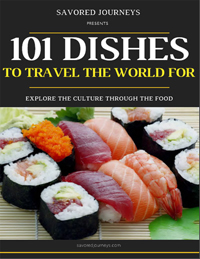