Germany has some of the world’s most incredible scenery and places to visit. If you’ve never been to Bavaria, you absolutely must put it on your list. Throughout Germany you’ll find everything from towering mountains to beautiful lakes to vast forest. Its diversity makes it a place you can visit many, many times without ever seeing the same scenery twice.

Some of our favorite places in Germany include Bavaria, Munich for Oktoberfest, the beautiful Bodensee, the culture and heritage of Heidelberg, the storybook charm of Rothenberg od der Tauber, and the wine of the Black Forest region.

Wine Tasting in the Markgraflerland Wine Region of Germany

How to Visit Neuschwanstein Castle from Munich

How to Plan a Trip to Oktoberfest in Munich

While winter doesn’t seem like an especially enjoyable time to be outside, it is prime time in Germany and other European destinations, that go all out with Christmas markets. Christmas decroations, Gluhwein (mulled wine), and the foods, like bratwurst and goulash, that make Germany famous, can all be found at the Christmas markets. Don’t miss the major Christmas market in Nuremburg.

From May to September, you can expect warm days with the possibility of an occasional rain storm. This is the best weather of the year, so you can also expect large crowds, especially between July and August.

Oktoberfest, from mid-September to early October is either the best or the worst time to visit Germany, depending on whether you’re going there for the beer event or not. With the influx of millions of tourists hoping to take part in the world’s largest beer festival, Munich and its surrounding environs can be really, really hectic. If you are planning to attend Oktoberfest, you need to book accommodations many months in advance.

The shoulder season is from March through May and from late October through November. This time of year is a fantastic time to visit Germany. The weather is mostly mild and there aren’t a huge influx of travelers so the prices are lower.

Oktoberfest is one of the biggest festivals in Europe. It takes place in late September and draws millions. Tourists also like to see Neuschwanstein Castle, nearby. 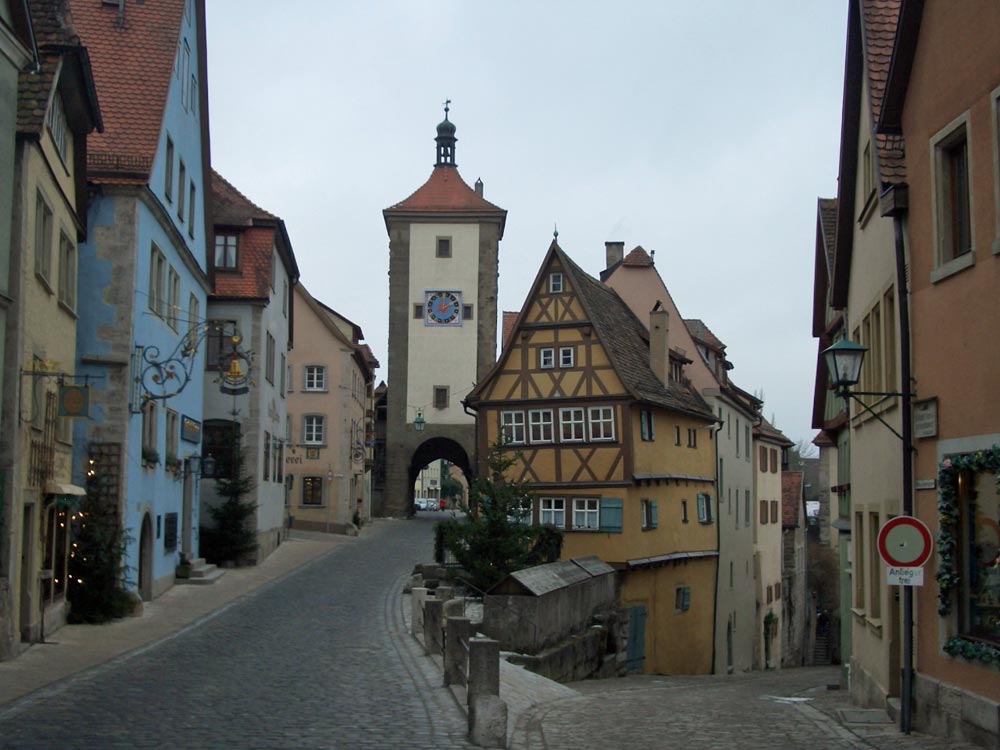 Bavaria is home to Germany’s most well-known areas. It’s the epitome of the charming, cultural picture many people have of Germany.

The Schwarzwald is the most romantic of German’s regions. It’s famous for its mineral spas, clean air, hiking trails, wine villages, and cuckoo clocks.

Germany is the one country I’ve been to more than any other. There are an endless places to visit and things to see throughout the country. While driving between cities is quite easy — it’s about a 6-hour drive non-stop from Hamburg in the north to Munich in the south — you’ll have to take multiple trips to hit up all these awesome places and things to do.

Germany may not have your favorite food of any cultural destination, but it certainly has a number of dishes that you must try – some that are really iconic. Germany is most well-known for its bratwurst and currywurst. We particularly like Schnitzel and Kase Spätzle (breaded, fried pork and Germany’s cheesy pasta. You can get a really tasty Fischbrötchen in Warnemunde on the waterfront. Many places throughout Germany also serve pork knuckle (Schweinshaxe), which is cooked for a long period of time and crispy on the outside. It’s often served alongside potatoes and cooked vegetables.

In the Black Forest, you’ll be happy to hear that the cake by the same name is one of the iconic desserts you must try.

Germany is well know for its dry Riesling wine, found in the  wine regions of Franconia and along the rivers Rhein and Mosel.  Sweeter wines like Gewurtzraminer and Ice Wine are also consumed in Germany. Glühwein (spiced wine) is the quintessential winter drink.

If you’re looking for wine tasting destinations, Germany has many more besides the ones listed above. We enjoyed a trip to the smaller region of Markgraflerland (in the Black Forest).  Stuttgart is known as a wine capital of Germany and you can also find great wine near Rudesheim am Rhein.

Of course, Germany is also a major beer producing and drinking country.  For Oktoberfest, massive amount of Oktoberfest beers are produced and drank throughout the country and the world.

This website uses cookies to improve your experience while you navigate through the website. Out of these, the cookies that are categorized as necessary are stored on your browser as they are essential for the working of basic functionalities of the website. We also use third-party cookies that help us analyze and understand how you use this website. These cookies will be stored in your browser only with your consent. You also have the option to opt-out of these cookies. But opting out of some of these cookies may affect your browsing experience.
Necessary Always Enabled

Performance cookies are used to understand and analyze the key performance indexes of the website which helps in delivering a better user experience for the visitors.

Analytical cookies are used to understand how visitors interact with the website. These cookies help provide information on metrics the number of visitors, bounce rate, traffic source, etc.

Advertisement cookies are used to provide visitors with relevant ads and marketing campaigns. These cookies track visitors across websites and collect information to provide customized ads.

Other uncategorized cookies are those that are being analyzed and have not been classified into a category as yet.