Most of us who watched HBO’s Game of Thrones have what could be classified as at least a mild obsession with it. Just like other hugely popular book-spawned-television-series or movies, like Harry Potter, die-hard fans are willing to go to great length to feel like a part of the show in some way.

Lucky for us, there are some really fantastic destinations around the world, where we can go on a Game of Thrones tour and feel like we’ve transported ourselves for a moment to King’s Landing or Braavos.

As die-hard fans, we owe it to our obsession to travel to at least a few of these filming locations to discover a piece of the Game of Thrones world that was so expertly created by HBO and the producers of the show.

We’ve put together the best of the best here for you to ponder over. Which Game of Thrones filming location will you go to first?

Please note all movie screen captures are owned and copywrited by HBO. They are being used here for education and comment only.

Game of Thrones in Dubrovnik, Croatia

If I were to pick just one location from this entire list to visit, it would be Dubrovnik, for sure. Not only is it where many of the main scenes of the show were filmed, it’s a magnificent city all on its own, with lots to see and do besides stalking the town for Game of Thrones locations.

» See how to spend four days in Dubrovnik.

Other times that you see parts of Dubrovnik in the filming of the show generally include talks that take place along the old town wall. We’ve seen many top scenes play out along those walls. Since Game of Thrones was filmed in Dubrovnik for so many seasons, it has a lot of filming location.

Book yourself in to one of these top-rated tours in Dubrovnik:

Belfast, in Northern Ireland, is a great destination for Game of Thrones fans. Not only is it where the actual studio is located, many iconic scenes take place there. When you catch a glimpse all of the open landscape, you can easily see why they chose Northern Ireland as a filming location.

Tollymore Forest Park and The Dark Hedges are two very prominent locations used for filming. Tollymore Park is where the members of the Night’s Watch first come in contact with the White Walkers. It’s also the place where the Stark’s find the Direwolves in the first season.

The Dark Hedges are almost too crazy to believe actually exist in real life. It’s a beech-covered road in Ballymoney, County Antrim.

It was used to depict the King’s Road, which you may remember from when Arya Stark escapes from King’s Landing in the first episode of Season 2.

Pretty much any scene in the show that was filmed in a forest, or with a lot of open plains, was filmed in Northern Ireland. It’s also the location of Winterfell, though the real thing doesn’t look quite as cold and miserable as it always seems to look there.

The best way to see these spots for yourself is to take a guided tour.

Game of Thrones in Spain

Girona’s walled Old Quarter area is the perfect location for the filming of Game of Thrones. It was used in seven different episodes to depict the town of Braavos, where Arya Stark took up residence for a while as a “no one”.

She was often seen begging on the streets, or fighting with the Waif. If you walk through town, you’ll see the bridge where Arya threw herself over during the epic battle with the Waif, as well as the set of stairs that she tumbled down in the process.

Inside the medieval walls of Girona is the incredible Cathedral of Girona, where we saw the dramatic scene with Jaime Lannister, in King’s Landing, riding up on this white horse and storming up the stairs. The best part about this scene is that it didn’t really have to be changed much at all.

The enormous staircase that leads up to the cathedral set the scene perfectly. They did, however, use computer imaging in the show to wipe out the buildings directly opposite the cathedral so there would be a fantastic view of the ocean.

Another scene that took place in Girona (aka Braavos) was when Arya watched the theater production of Lady Crane playing Cersei in a portrayal of the death of her father, Ned. The play was performed in front of what is actually a music school.

Read about the fantastic walking tour of filming locations we went on in Girona.

When in Girona, book this Game of Thrones tour:

One of the most iconic places in Seville, the Alcazar de Sevilla stands in for House Martell in at least two seasons of the show.

can see the ornate architecture of this UNESCO World Heritage Site in the scenes from the show where Ellaria attempts to convince Prince Martell to take revenge on the Lannisters, while standing on the balcony in the Royal Palace of Dorne in Season 5.

Scenes for season six were also shot in the beautiful gardens of the Alcazar de Sevilla.  The gardens are where we see Myrcella, daughter of Jaime and Cersei, strolling around with her suitor, and where Jaime tries to rescue her from an attack by the Sand Snakes.

The Alcazar de Sevilla is open to the public for visits, most days of the year. Check their website for hours and ticket prices. ⇒ Book a Game of Thrones tour in Sevilla in advance through Viator.

Game of Thrones in Malta

The walled city of Mdina is one of Malta’s top tourist destinations. It’s no wonder that HBO picked it as a filming location for Season One. It is, afterall, a captivating and almost storebook-like place.

The narrow streets and squares were used to depict King’s Landing Gate in the first few seasons, and Littlefinger’s House of Pleasure can be found among the other limestone buildings. A well-recognizable location in Malta is San Anton Palace in Attard, which is the official residence of the President of Malta.

The palace and its beautiful gardens were used to represent the Red Keep in King’s Landing. If you look carefully, you’ll see the location of several scenes from the show, including a few courtyard and stable scenes. Saint Dominic’s Priory, in Rabat, is where a few key scenes with Ned Stark took place.

Another famous location in Malta that was used for filming is the sight of the now world-famous Azure Window on the smaller island of Gozo. In early 2017, the Azure Window collapsed into the sea, due to fragility and years of strong weather conditions.

The news saddened people all over the world, many of whom only came to know of this stunning work of nature through scenes from the first season of Game of Thrones. It was used as a backdrop for Daenerys and Khal Drogo’s wedding.

Malta is the perfect location for filming Game of Thrones because of its ancient appearance, which lends itself so nicely to the show’s sets. Settlements existed in Malta as far back as 4000 B.C or earlier. It’s a fascinating location to visit, even if you’re not a fan of the show.

Here’s a tour to book in Malta:

Croatia is such a beautiful and scenic location, it’s not difficult to see why they chose to film in multiple locations along the coastline. Split, Croatia, offers a location for the city of Meereen, which is the huge city of slavers bay.

Of course, a lot of CGI effects went into the making of the fortress, which was build around the real-life Kliss fortress, that occupies that hillside. The pyramid isn’t real, obviously.

Diocletian’s Palace is another filming spot in Split that were used for Season 5. It was used as the Dragon’s lair, where Daenerys keeps her dragons chained up while in Meereen. They also use the Palace for a few other scenes.

Here’s a tour to book in Split:

Game of Thrones in Iceland

Just like with Belfast, Iceland provides a great amount of open space, with beautiful landscape that is perfect for filming the many scenes of the show that take place outside, especially in the winter. (Read more about visiting Iceland in winter.)

Thingvellir National Park has been used to film the white walker scenes, like the one where Sam and Lord Commander come across the night walkers in the forest. It was also used for the epic battle scene where the village was massacred by the Wildings.

Lake Myvatn, in the Northern part of Iceland is featured prominently in scenes, and you’ll recognize Grjótagjá as the real-life cave where John Snow and Ygritte had their steamy love scene.

You can actually visit the thermal hot springs, though the water is too hot to bathe in anymore. Iceland also plays home to the Knight’s Watch and the land beyond the wall.

7 Beautiful Places You Must Visit in the Balkans 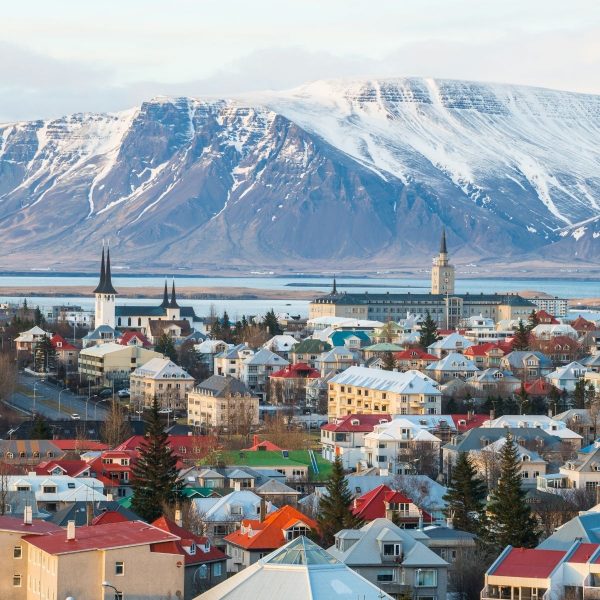 3 thoughts on “Winter is Here: Game of Thrones Tours Around the World”