London is a great place to visit all year round. Along with the usual experiences of riding double deck buses, taking the obligatory selfie with Big Ben, and going on an afternoon tea date, there are also many impressive and beautiful building to see in London.

These famous London buildings and landmarks offer travelers – and even locals – a glimpse into both the modern and historical side of the capital, which is ever-changing and evolving. From the historical buildings that have been around for thousands of years, to the newest London skyscrapers, this is the real London.

Below you’ll find nine of the iconic buildings and structures you must see while visiting London, plus a little bit of history.

Iconic Landmarks in London You Must See

⇒ Need more planning resources?  Be sure to check out our Shortcut Guide to London and Fun Foodie Things to Do in London.

It’s definitely a unique-looking structure, and you can see it from all over London; that’s because The Shard is a 95-story skyscraper, designed by the Italian architect Renzo Piano, in Southwark, London, and the tallest building in the Western Hemisphere.

The Shard was built with the idea of it being an architecturally stunning vertical city, and it more than lives up to that. It houses restaurants, hotels, offices, residences and more. At the very top is a tourist hotspot called The View from the Shard.

The view from the top viewing platform is simply mesmerizing. The View from the Shard experience offers visitors the opportunity to see London from above, like never before. And there’s no better way to enjoy the view than with a glass of Champagne in hand!

There are audio and visual guides available at the top, so you know what you’re looking at and can learn a bit about the history of London while you walk around. There are two viewing platforms, on level 69 and level 72. The Shangri-La hotel is also located inside the Shard, in case you’re looking for cool hotels in London.

Traffic (both foot and car) abounds on the Tower Bridge, but that doesn’t mean you can’t visit the inner workings of the bridge and learn all about it.

In fact, there are tourist attractions called the Tower Bridge Exhibition and The Tower Bridge Experience, where you can learn the stories behind the engineering and architecture of the most famous bridge in the world.

During the tour, you explore the elevated walkways over the roadway, admire the panoramic city views, and even venture into the engine rooms. There’s also a monument to visit that was built to commemorate the Great Fire of London. It includes a 311-step climb to the top.

If you see pictures of London, they often contain images of the Palace of Westminster and Big Ben. This is the meeting place of the House of Commons and the House of Lords, the two houses that make up the Parliament of the United Kingdom.

In case you didn’t already know, Big Ben is not the name of the clock or the tower it is housed in. The tower is called Elizabeth Tower and is an iconic part of the palace. Big Ben refers to the hour bell inside the clock.

Visitors can take guided tours of the Houses of Parliament that include Westminster Hall, the Royal Gallery, Lords Chamber, Commons Chamber, St Stephens Hall, and other major sections. You can even have afternoon tea on the terrace, overlooking the Thames.

Tickets can be purchased online or on the day at the Ticket Office in Portcullis House, Victoria Embankment.

The Palace of Westminster is a stop along our one-day walking tour of London.

The Gherkin, located at 30 St. Mary’s Axe, is one of London’s most recognizable towers, and the quirky name helps bring it instantly to the forefront of anyone’s mind. In total, the building has 500,000 sq ft, and it contains a whole community within, complete with many bars and restaurants.

It truly deserves its reputation for being ‘the most civilized skyscraper in the world’. It’s so much more than an architectural marvel and global icon.

The Gherkin can be seen on the skyline of London from far away. It’s located in central London and can be reached via the London Underground with ease. The nearest tube stations are Aldgate, Liverpool Street and Bank. The building is just a 5-7 minute walk from each.

Other than being in the middle of London’s main financial district, its majestic stature truly defines the city’s skyline.

Although it has recently moved sites, Wembley Stadium remains one of the most iconic centrepieces in London. Major concerts are showcased here, including past acts like Bruce Springsteen and AC/DC, as well as a host of football games that feature England’s national team.

Even if you aren’t a football (or soccer) fan, it doesn’t mean that Wembley hasn’t got a ton of stuff to offer tourists. As aforementioned there are regular concerts, events and it has a lot of informational resources regarding the Olympics which it hosted in 2012.

Fans can go on the world’s most advanced stadium tour, which includes EE SmartGuide, which is a device that allows you to relive significant moments inside the stadium on a 360-degree augmented reality video platform.

Hot on the heels of its predecessor The Great Wheel, the world-famous Coca-Cola London Eye is more than just a glorified Ferris wheel; it’s a familiar landmark of England’s capital.

With a diameter of 394 feet (120 meters) and a height of 443 feet (135 meters), it stands head and shoulders above the main horizon to offer everyone a distinct aerial view of the city. At the turn of the century, the Millennium Wheel once held the record for being the tallest of its kind on earth.

However, today, it’s not just considered a Ferris wheel, according to an official British tourist board, it’s the world’s tallest cantilevered observation wheel. In addition, on average the London Eye welcomes more visitors annually than cultural heritage sites such as the Great Pyramids of Giza and Taj Mahal.

If you’ve ever wondered why you can see St. Paul’s Cathedral from all over London, it’s all due to protected views planning. Views of St Paul’s Cathedral, the Monument, the Tower of London, and other landmarks in London are protected by planning controls that prohibit certain buildings and heights that might obstruct views.

The cathedral was built by Christopher in the 17th century. There’s since been a lot of history in the cathedral, including the jubilee celebrations of Queen Victoria and Queen Elizabeth II, to wedding of Prince Charles and Lady Diana, and the funerals of Sir Winston Churchill and Margaret Thatcher.

The cathedral is still a fully functional church with daily services, but visitors are welcome. The admission price includes the Cathedral itself, the crypt and the three galleries in the dome. Hours are from 8:30am to 4:30pm and the price is around £18. 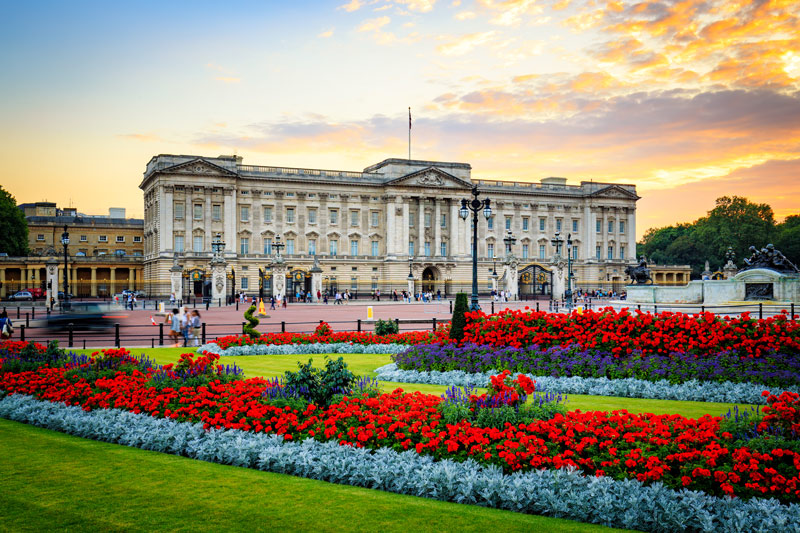 No one visits London without taking a peek at Buckingham Palace from behind the gates. It’s the Queen’s official London residence. You can tell if she’s home or not by the flags flying overhead. Buckingham Palace has been used over the years as a place for royal events, weddings, and state meetings. It’s a fully functional royal palace.

You may think it’s impossible to visit the palace, but it’s not. The State Rooms are open to visitors for 10 weeks each summer and on selected dates during winter and spring.

You can book tickets online for around £24, and as with any Royal Collection Trust building, you can receive complimentary admission for the rest of the year if you ask to treat your ticket price as a donation.

One of the most iconic landmarks in London is at Trafalgar Square, where Nelson’s Column was erected to commemorate the Battle of Trafalgar, a British naval victory in the Napoleonic Wars of 1805 between France and Spain. The square is in the center of London in the Charing Cross area, and has become a central point for visitors to London.

As you walk around the square, you’ll notice many sculptures, statues and monuments that were erected at various points in history. Two of my favorites are the enormous lions that flank the column. There’s also a large fountain in the square.

>> Read more in this guide to Trafalgar Square

We don’t often consider new construction buildings icons in most cities around the world, but London is the exception. There are a lot of new buildings constructed in London with such interesting architecture that they are being named fun things like (see above) the Gherkin.

But the pickle-shaped building isn’t the only one to gawk out. If you head to the City of London, in the area of Bank Station, you can take a walking tour of new architecture with creative names.

For starters, there’s the Cheesegrater at 122 Leadenhall Street. I’m sure you can imagine why it’s named that. In July 2018, a second Cheesegrater building was approved by the city. It will be the 3rd tallest building in the city.

Then there’s The Scalpel at the corner of Leadenhall and Lime Streets. Its distinctive angular design earned it this creative name. Nearby, on 20 Fenchurch Street is the Walkie Talking Building. Despite it’s unique, chunky shape, it won the 2015 Carbuncle Cup for worst new building in the UK.

Wouldn’t you love to see all of these incredible iconic structures in London? Now’s the time to book a trip!

⇒ Arriving to London at Heathrow or Stansted Airport? The express trains are the fastest, easiest way to get to central London from the airport. You’ll save a lot of time by booking your tickets in advance. Book your tickets here: Heathrow | Stansted

PRO TIP: To fully enjoy all of the attractions, I recommend getting a one-day London Pass. It gives you access to 80+ London attractions, including the Tower of London, so you can skip the long lines and get right in.

Here are our recommended places to stay in London. You can use these links to read more reviews or book your stay (they are affiliate links that help us keep the lights on around here):

If you need help planning it all out, check out this 3-day London itinerary that provides an alternative to the typical Rick Steves plan.

6 thoughts on “10 Famous Landmarks in London You Can Visit”