Japan is mostly renowned for its culinary scene, with plenty of dishes for various palates. Similarly, the Asian country has an incredible drinks scene to complement the gastronomic extravaganza that’s taken the world by storm.

Just as Japan is a fantastic blend of the traditional and modern, so are its drinks. Some drinks have been popular for decades, and some recently gained popularity. Alcoholic, non-alcoholic, sweet, sour — this is some of what you can expect when sipping on a Japanese drink.

» Love to travel for food? Try these 21 Top Foodie Destinations Around the World.

Since listing all of the most popular Japanese drinks could take a long time, here are the ten drinks you must try. If you’ll be enjoying these drinks in the Land of the Rising Sun, read this guide on how to say cheers in different languages (including Japanese).

If you have longer to spend in Japan, you can expand this itinerary to any length you wish.

These are the most popular drinks in Japan that don’t contain alcohol. Green tea and matcha tea are the obvious ones, but read on to learn about a few you’ve probably never heard of.

While the United Kingdom probably springs to mind when people think of where to find the best tea globally, Japan drinks its fair share of fantastic tea too. Among the most popular teas in the country is green tea, which comes in multiple variations, some covered below.

Matcha (green tea powder) is mainly found in cafés as part of lattes and frappuccinos but can also be drunk on its own. This green tea variation has a bright, earthy, slightly bitter taste that ends with a lingering sweet aftertaste.

Gyokuro is considered one of the best green teas in the world. It features a smooth, vegetal (think seaweed) taste with a strong sweetness.

Sencha is Japan’s most common green tea, meaning you can find it right about anywhere. It’s made from Camellia sinensis and has a profile that boasts an earthy flavor with a delicate balance of sweetness and bitterness.

When it comes to sodas in Japan, there aren’t many as popular as Ramune, which comes in various flavors. You may see it in manga or anime or while visiting a summer festival as it’s a popular summer drink.

The Japanese soda owes some popularity to its unique bottle shape and opening mechanism. You open the drink by pushing down a marble through a plastic device. Once open, enjoy the soda as you hear the marble rattle around the bottle.

Mugicha is a tea-like drink that can be used to escape the summer heat or winter cold. It’s made using water infused with roasted barley grains and has a nutty flavor profile with bitter undertones. As a result, it’s often considered an acquired taste that leaves enjoyment down to individual taste buds.

Due to the popularity of this Japanese drink, you can find it at the nearest vending machine and convenience store. Some eateries may also offer mugicha in place of water, with added sugar to reduce some of its bitterness.

When it comes to traditional Japanese drinks, amazake is amongst the most famous ones. This beverage is usually made using sweet fermented rice and can be served hot or cold. There’s also a mildly alcoholic variation made using leftover sake lees from the sake brewing process.

In addition to the creamy, thick, and sweet flavor, amazake has several health benefits. These include improving digestion and metabolism, and fatigue prevention. While it can be found around the country, this famous Japanese drink is most commonly drunk during New Year’s celebrations.

The emerald green melon soda is a favorite amongst the young crowd of Japan, and for good reason. It’s a Japanese fizzy drink with an unusual thickness, although this doesn’t affect the incredible taste of sweetness exploding in your mouth.

One of the most famous Japanese sodas, you can find it at convenience stores, vending machines, karaoke bars, and even restaurants. Some places may serve it as a melon soda float with a scoop of ice cream to make it even better.

While the name may lead you to believe otherwise, this Japanese beverage is slightly different from the traditional black tea and milk concoction. The main difference is that royal milk tea is prepared with a higher milk to water ratio, meaning it’s creamier and smoother. Some people may also choose to boil the milk and tea together.

It owes its incredible taste to the Darjeeling or Assam tea leaves it’s made from. For more intense sweetness, add sugar or honey syrup into the mix.

The following are the most famous alcoholic drinks in Japan. Who doesn’t love a little sake!

No list of the best Japanese drinks is complete without including renowned Japanese sake (nihonshu, to be more specific). This alcoholic beverage can be served cold or hot and has tons of variations.

Having been around for centuries, the popular Japanese drink is made using water and fermented rice grains. While there are many variations of nihonshu, the most common ones boast balanced sweet and bitter profiles. Given its multiple variations, it’s best to visit different parts of Japan to sample regional nihonshu.

Shochu is a distilled liquor that can be best compared to vodka in appearance and taste. The clear, Japanese famous drink is made from rice, barley, buckwheat, or sweet potato, meaning there are various flavors.

You can enjoy these flavors and aromas at most izakayas (small bars), with regional variations to be found in different areas of Japan.

Umeshu, Japanese plum wine, is an alcoholic drink for people with sweet taste buds who would avoid the somewhat bitter taste of alcohol. The honey-colored, sweet, and sour liqueur is brewed using plums set in rock sugar and shochu for six months to a year.

Chuhai, an abbreviation of Shochu Highball, is one of the most popular alcoholic Japanese beverages, thanks to its boundless availability. As the name suggests, this drink is made using shochu and carbonated water with various flavors.

That gives it an incredible taste that may trick you into forgetting that it’s alcohol.

As you can see, there’s an incredible variety of drinks from Japan ready to satisfy all taste buds. From fizzy sodas and healthy teas to alcoholic beverages, you have plenty of options you can choose to pair with Japan’s renowned cuisine.

While this list contains only ten, there’s a myriad of drinks waiting in the Land of the Rising Sun. Get out there and try them all!

10 Best Cities to Visit in Japan

Where to Buy Japan Rail Pass and Is It Worth It? 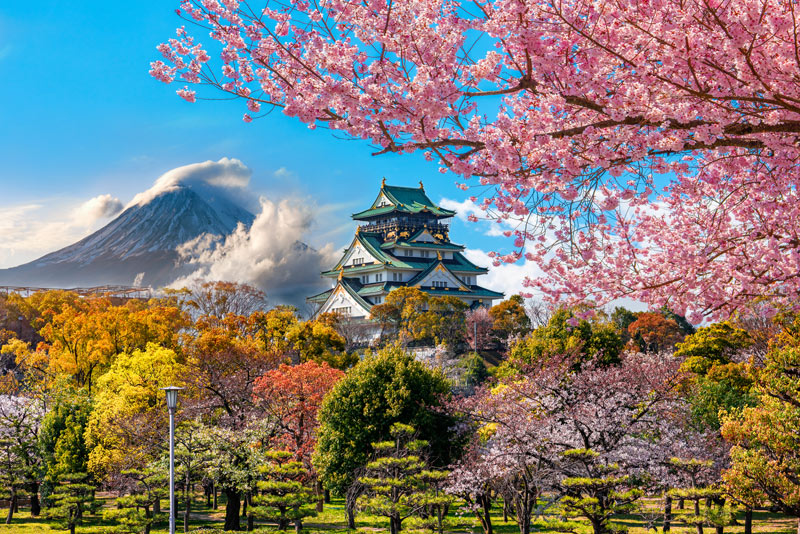 How to Travel in Japan on the Cheap

PIN IT FOR LATER