While many tourists to Croatia will head to Dubrovnik or inland toward Zagreb, the Istrian Peninsula has a lot to offer tourists looking to enjoy the incredible historic and cultural offerings of Croatia.

Historic Pula contains one of the main airports on the Istrian peninsula, so it’s often used as a launching point for travelers looking to enjoy the peninsula, but few people take the time to explore Pula itself.

As the largest city in Istria, it’s is one of the best places to visit in Croatia because there are so many things to do in Pula.

It has a lot to offer tourists who want to get a feel for what Istria Croatia is really like – both historically and culturally. Our list below will cover what to see in Pula Croatia, starting with the incredible Pula Coliseum – the 6th largest in the world.

⇒ Planning a trip to Croatia? See our guides to Dubrovnic and Zagreb.

Top Things to do in Pula Croatia

Pula Arena – the 6th Largest Roman Coliseum in the World

There is a strong Roman influence in Pula’s history, evidenced by the largely intact Roman coliseum that dominates the center of the city. The arena is an assuming presence in Pula. You can see its stone walls from almost any point in the city.

This three-level coliseum may be much smaller than the one in Rome, but it is no less impressive. The Pula Coliseum was built in the 1st century AD and was used until the 5th century for gladiator fights. More than 26,000 spectators could fit inside the arena along the terraced seating.

Below ground are a series of tunnels and rooms where the animals and gladiators awaited their fights. Although some of the structure was pilfered over the years, the exterior remains and is one of the most well preserved of the Roman amphitheatres that are still standing.

Today, the Arena is used to host events and performances. You can take a tour of the coliseum and learn a bit about it in the attached museum.

The Temple of Augustus was built in the 2nd century BC and was dedicated to Emperor Augustus and the goddess Roma. It’s been used for many different purposes throughout its long history — a temple, a church and even a granary.

During WWII, it was hit by a bomb that almost completely destroyed it, along with the other two buildings that were part of the complex, but it has been mostly restored to what it was like 2,000 years ago.

One of the other structures, The Temple of Diana, is represented on by its back wall. You can take a quick tour of the interior for less than $2 (it’s a small space). The building currently houses some Roman stone and bronze sculptures.

Also built in the 1st century, the Triumphal Arch of Sergius is a monument erected to honor the members of the Sergii family who fought and died in a battle between Octavian’s Roman army and Mark Antony’s Egyptian-Roman army – a battle in which Octavian and the Sergiis were triumphant.

The Arch leads into the old town center and has ornate decoration with fluted columns and chariots engraved along the top. It’s located in between two more modern buildings and the stark contrast is breathtaking.

Not far from the Arena is one of the old city gates that was built in the 2nd century AD. It’s called the Twin Gate because there are actually two gates side by side. Rumor has it that the double gates were necessary to allow more townspeople into the city during gladiator fights and other major town events.

The gates are very well preserved and open up to a central part of the old town where people still hang out. In fact it can get pretty crowded during the day when tourists are enjoying the surrounding shops.

Cathedral of the Assumption of the Holy Virgin

Don’t expect to find an ornate interior at this church. It’s not like the intricate cathedrals you find in Italy. Built by the Christians during their persecution, the church is quite minimalistic in design, but the architecture is impressive, nonetheless, and it’s worth a walk-by to check it out.

While Croatia doesn’t produce a lot of wine — most of its production is kept in country — the quality of the wine often parallels that of neighboring Italy. Wine tourism is big in Croatia, too.

In Pula, there are a handful of opportunities to get a glimpse into the wine region of Istria. Try some of the tasty wines that are being produced in the vineyards that fill the countryside, like the white varietal, Malvasia, and red varietal, Teran, that are unique to Croatia.

You can take an organized wine tour with EatIstria or drive to the wineries yourself. Trapan winery is located just a few kilometers outside the city.

» Read our guide to wine tasting in Istria.

The food in Croatia has largely been influenced by its inhabitants over the centuries, imparting the flavors of Italy, Greece and French into the local cuisine. With its proximity to the sea, fresh fish and seafood are obvious specialties.

You can find some of the freshest seafood in the restaurants that border the waterfront and that occupy the Verudela Peninsula to the south. For fish, squid and shellfish, visit Ribarska Koliba on the marina or splurge on a 5-course feast from one of the area’s best chefs at Konoba Batelina.

Istria is also well known for white truffles and olive oil. You can find both specialties in almost any restaurant (as long as the truffles are in season). You can also buy truffle paste and olive oil to take home with you.

Take a Walk Along the Waterfront and the old Roman Forum

Pula isn’t a large city (there are only about 60,000 inhabitants), so it’s easy to walk around and enjoy the tranquil beauty. Take a stroll along the marina to see the boats bobbing along in the calm water, watch as the sun falls in brilliant color behind the horizon, or just soak up the sea air.

It’s a great way to spend an hour or two in Pula. It can get pretty busy during high tourist season, but if you’re lucky to visit during a slower time, you may have the whole waterfront to yourself.

After a stroll along the waterfront, check out the town center that was once a Roman Forum. The piazza today is a pedestrian-only zone that contains plenty of cafes, restaurants and shops.

I’m a firm believer that you can’t fully experience a culture without trying the food. A great way to learn about the food and try many different things you might not have known about otherwise is to take a food tour or cooking class.

During a Pula food tour you will get to know about food and wine culture and your guide will give you a unique local insight, full of stories and facts, history and presence about the city attractions and about Istrian culinary. Locals picked the best selection of famous dishes for you and your friends.

If you’re not in town on Wednesday, you can still get in on the gourmet fun with a cooking class from EatIstria. You’ll have a chance to look around the food markets, buy local ingredients, learn to cook in the traditional style and then enjoy the fruits of your labor.

The Lighting Giants is a relatively new form of entertainment for Pula. I’ve never seen anything quite like it, though it reminds me of a Christmas lights display that used to take place in my neighborhood growing up. A world-famous lighting designer, Dean Skira, decided to create the lights display on the dozen or so industrial cranes along the waterfront in Pula.

The more than 16,000 lights are hooked up to a remote control system and are illuminated in a dramatic sequence to music. The program changes frequently, and they have special displays around the holidays, so it never gets old. You can catch the lights display every hour starting at 9pm. It lasts for about 15 minutes. Here’s a sneak peak on YouTube:

These are just a few of the top Pula sights. There are also numerous places to go and things to see just outside the city that will introduce you to more of the Istria peninsula. Have you been? What are some of your favorite things to do in Pula Croatia? 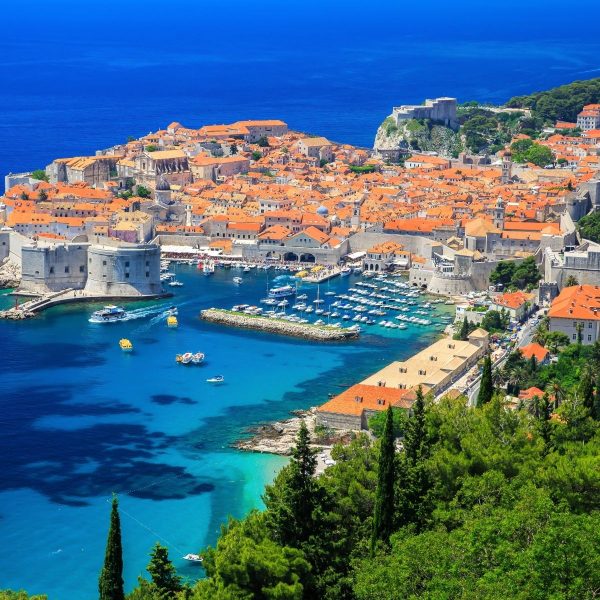 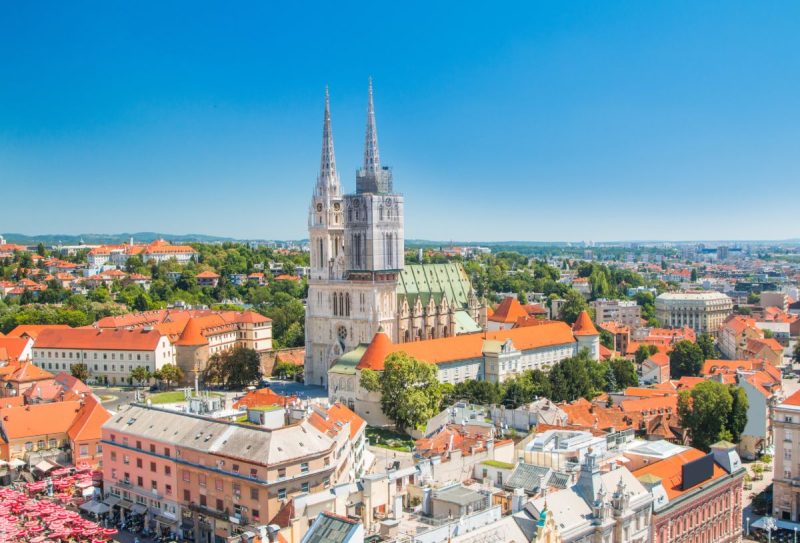 10 Great Things to Do in Zagreb Croatia