Being inside an enclosed space with thousands of bugs isn’t an idea I cherish, especially since the glowworm isn’t a particularly attractive bug, but you shouldn’t let that deter you from floating through the glowworm cave at Waitomo. It’s one of the coolest things I’ve done on vacation.

Imagine floating silently along on the slow-moving current, though a pitch-black cave, with thousands of glowing lights sparking above your head like a million stars.  All you can really see is the illumination of the glowworms. The cave in the grotto is completely dark, with no light entering.

That’s why the glowworms like it there so much. If you’re afraid of the dark, this might not be the tour for you! But if you can handle not knowing what’s happening around you and allow the tour guide to weave you through the cave, then you’ll be rewarded with one of the coolest experiences ever.

About the Waitomo Caves

The Waitomo Glowworm Caves were first explored in 1887 by local Maori Chief Tane Tinorau and English surveyor Fred Mace. They knew the cave existed, but no one had gone in before, so they crafted a makeshift boat and used candlelight to light their way into the unknown.

It wasn’t long before they found the glowworm grotto and recognized an opportunity. The Waitomo caves have been open to tourists ever since. Aside from the main glowworm cave, there are a few other underground labyrinths to see.

We kept the gross part for last. If you want to learn more about the glowworms, then keep reading! The glowworm might not be an attractive bug, but it is an interesting one. It’s part of the gnat family and its lifespan is rather short.

The eggs hatch into a larva — the stage where the insect spends the majority of its life (about 6-12 months). According to Wikipedia, “During this stage, it spins a nest out of silk on the ceiling of the cave and then hangs down as many as 70 threads of silk (called snares) from around the nest, each up to 30 or 40cm long and holding droplets of mucus.”

The glowing occurs as a way for the larva to attract prey into the snare. A hungry larva glows brighter than one which has just eaten. Once the larva transforms into an adult, it uses its illumination skills to attract a mate. And the cycle continues.

Visiting the caves is easy. Tours are given every half hour daily from 9am-5pm and take about 45 minutes. They’ll give you some minor instructions, then lead you down to the entrance of the cave and into an awaiting boat.

Then you’ll spend the next 30 minutes floating quietly through the cave, admiring the handiwork of the glowworm before drifting out the other side and back onto dry land.

The cost is $55 NZD for adults. There are group and family tickets. You can book your tickets ahead of time on the official website. There are two other caves to explore as well, so you can combine these others with the main one to see them all.

If you’re up for another adventure, you can join a black-water rafting trip through the Ruakuri cave, where you’ll have the chance to “abseil, weave, jump, climb, and float through a glowworm-studded subterranean wonderland at Waitomo Caves”.

The Aranui cave was formed by an earthquake that created a rift in the soil above, allowing rainwater to seek into the caves below and form stalactites, stalagmites, flowstones and other, colorful decorative formations.

This cave is the smallest and it doesn’t have a body of water inside, so you won’t find any glowworms there, but it is most impressive cave at Waitomo. The tour of the Aranui cave takes about an hour and ends with a short walk through the forest.

The name means “dog den” in the Maori language. When the cave was discovered, it was being guarded by a pack of wild dogs that drove away the hunter who came across the cave. This cave boasts the longest guided underground walking tour in New Zealand and there’s plenty to see.

“Marvel at the softly folding shawl-like limestone formations and crystal tapestries. Hear the distant thunder of the subterranean waterfalls and get up close to the glowworms.” The tour of Ruakuri takes about 2 hours, with 1.5 hours underground.

Other Services at Waitomo

The Waitomo complex includes a full-service restaurant serving local specialties, and a more casual cafe where you can grab a quick snack or a drink. There’s also a cafe near the Black Water Rafting center. A uniquely-designed visitor center was rebuilt after a fire and offers conference and event space.

You can even stay in accommodations near Waitomo. There’s pretty much everything you might need nearby. The glowworms prefers its habitat to be quiet and light-free, so taking photos inside the cave is prohibited. Some people try their luck with no flash, using high ISO settings and wide aperture.

The most important thing is not to disturb the glowworms. It’s their world and we’re just visiting.

Floating through the glowworms in Waitomo was one of the best experiences. It’s peaceful and mesmerizing. Something you truly can’t see nearly anymore where else in the world. You definitely should plan a trip there if you’ll be in North Island.

Have you been to Waitomo Glowworm Caves in New Zealand? Tell us about your experience in the comments. 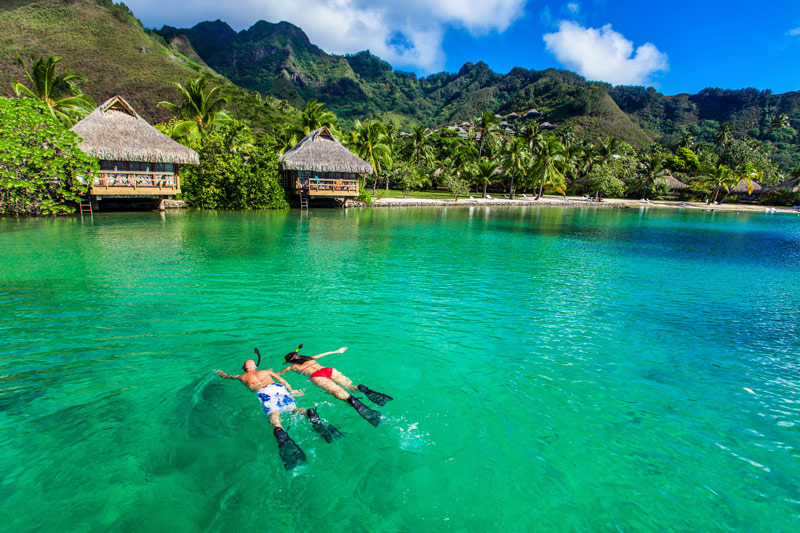 10 Adventurous Vacations for Couples Around the World

23 thoughts on “Visit the Waitomo Glowworm Caves in New Zealand”