Indian food is famous all across the world for its spices and variety. It’s a unique cuisine that has its own blend of spices, ingredients and charm. If you’re lucky enough to travel to India, you can taste these dishes for yourself and see how centuries of skill and culture have shaped the food in India.

The food served in the north of India is completely different when compared to South India. This is the same for East India and West India as well. And if you plan to stay in a homestay, you can get the touch of ‘ghar ka khana’, meaning home-cooked food. Learn the many nuances of eating in India before you go.

When it comes to food in India, there is something for everyone.  Not able to get to India just yet? Why not try out a few popular Indian dishes at home, like this vegan biryani. Don’t worry, you don’t have to cook them yourself! Nearly every city around the world has Indian restaurants that serve these dishes.

Planning a trip to India? Check out our 7-day itinerary for Northern India and the Golden Triangle. You might also want to add one or more of these 10 world-famous places to visit.

The North side of India is more into wheat. Here, you will find every house eating bread and wheat daily. On the other hand, in South India, rice is preferred with food. In fact, even the cooking oil use in both the places are different.

In North India soya bean oil is used, however, in South India on the other hand coconut oil is used. One thing that you should remember is that in India, water is always served with the food. The food served in North India is warm comparatively, however, the water served is really cold.

The reason might be because the temperature in the North is usually towards the warmer side as compared to South India. Everyone is aware of the North Indian thali as it is cooked internationally as well in several restaurants, however, if you are in South, do try the thali of this region.

The ‘thali’ is served on the banana leaves which has several South Indian cuisines on it. The names of the cuisine are – rice, sambhar, rasam (a South Indian soup), curd, pickle and a dessert.

Again, the food in the Eastern and Western region of India is different. In the West side a curry is preferred with wheat, but in the Eastern side a meat dish is also served along with the vegetarian food. If you are planning to visit the East side, do not miss out on the momos.

It is the staple food of the mountain people. Over here, family run shops serve such dishes. Apart from momos, try Sikkimese food as well. It is a completely different cuisine as compared to the rest of the nation. You will be easily able to find this cuisine in the MG Road itself of Gangtok – the capital of Sikkim.

Dos and Don’ts of Indian Food

There are a few things you should be aware of before eating in India. Tradition, culture and religion dictate some things that are considered inappropriate or rude. There are also certain foods that are not eaten.

In India, it is really controversial to have beef. This is because, due to our mythology and history, the cow is considered as a holy animal. In the earlier days, cows were preached due to the Hindu mythology. In fact, even today, in some of the remotest parts of India, cows are treated as a holy animal.

Hence, the majority of the people believe that the slaughter of cows is a crime. Many states voiced their opinions on this and the states where portions of beef were available previously has now been stopped.

You can eat beef, however, it is not advisable, especially in the states where Hinduism is prominent (Delhi, Uttar Pradesh, Haryana, etc.) States are slowly taking actions to ban the slaughter of the cows and some of the states are really strict about it.

India is still a lot behind in providing clean tap waters. Do not drink the water directly from the tap. It is best to buy a mineral water bottle. Other option is, if you are using tap water then boil it before drinking. Although you will find many locals drinking water from tap itself.

They are used to this water, however, many international tourists are not, hence they might get hold of the diseases quickly, leading to diarrhea or typhoid. Hotels or restaurants that provide water filtered through RO purifier is safe as well to drink.

Avoid having Dahi from outside, especially that which is served in the streets. These are prepared in an unhygienic way and can be an irritant to your tummy. Along with Dahi, other dairy products also matter such as lassi, ice creams etc.

Since people in Western countries are used to drinking filtered water, raw elements of India might not be good for them and their digestion. Hence avoid products that are not prepared after boiling the milk.

1. Use Your Hands to Eat

In India, it is normal to eat food by using your hands. Yes, might be peculiar to see someone eating from hands, but to tell you the truth it is more hygienic. Why? Well, you can control where your hands are going, but you cannot control the person who is handing over the utensils to you.

Utensils in cheap restaurants are often not clean even if they seem to be. Also, while using a plate, white the plate with a dry tissue first and eat with the help of your hand, not only it is fun but it will give the local Indian vibe as well.

I would really recommend you to try local restaurants instead of the fancy ones to try dishes. You can easily get a plate full of food for INR 100/- and it looks more authentic and Indian. Although do care of the utensils. You can check for reviews or ask the hotel staff to let you know of a clean local restaurant in such cases.

3. Do Not Miss Out on Gol Gappas

Do not miss out on these. These small balls are so delicious that trust me, you won’t be able to stop after eating just one of these. In other regions Gol Gappas are also called pani puri. It is also known as Puchka and Pani Batashe. Gol Gappas is famously known by this name in Northern Indian and is the most loved street food.

Furthermore, like every cuisine, the type and flavor also change in every region. In Northern India, potatoes are used, however, in Southern region green peas are used.

Pro Tip: To have the real feel of gol gappas, have it at a street vendor and not from a restaurant.

Hope this is helpful and tempting enough for your taste buds to give a visit to India, if India was not in your bucket list before. Food is the specialty here for us Indians and we absolutely pride on our spices.

7-Day Tour of the Golden Triangle in India 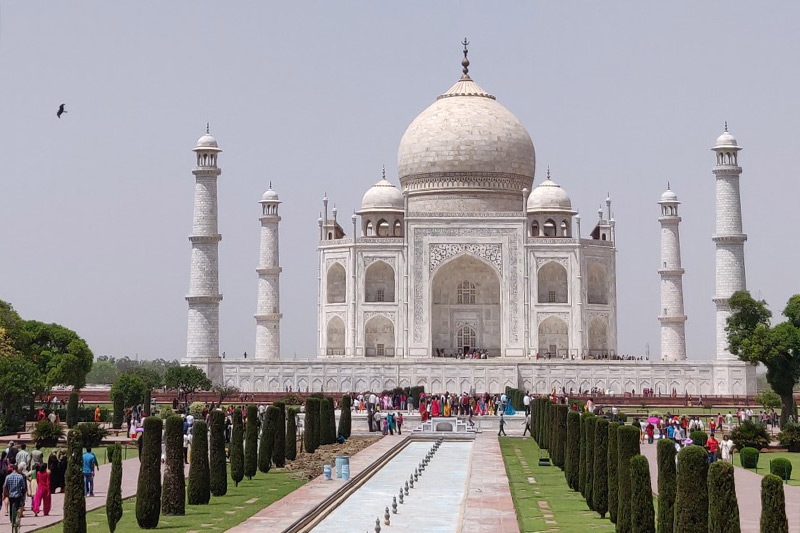 Guide to Visiting the Taj Mahal in India

Guide To Planning a Railway Holiday In India